Kestrel lager was a hugely popular and successful brand in the 1980s and 1990s when it was supported with much-enjoyed advertising campaigns featuring the comedians and actors Hugh Laurie and Russ Abbot. Having maintained a loyal following in subsequent years, in 2012 its quality and potential were recognised by Nigel McNally, who decided to take the bold step of purchasing the Kestrel lager beer brand and setting up the Kestrel Brewing Company in order to nurture and develop it.

Under his stewardship the Kestrel brand has now returned to its Scottish roots and is being brewed at a state-of-the-art facility in Glasgow, adjacent to Glasgow Cathedral. Brewing has taken place at the site since 1556, making it the oldest continuous commercial concern in Glasgow. 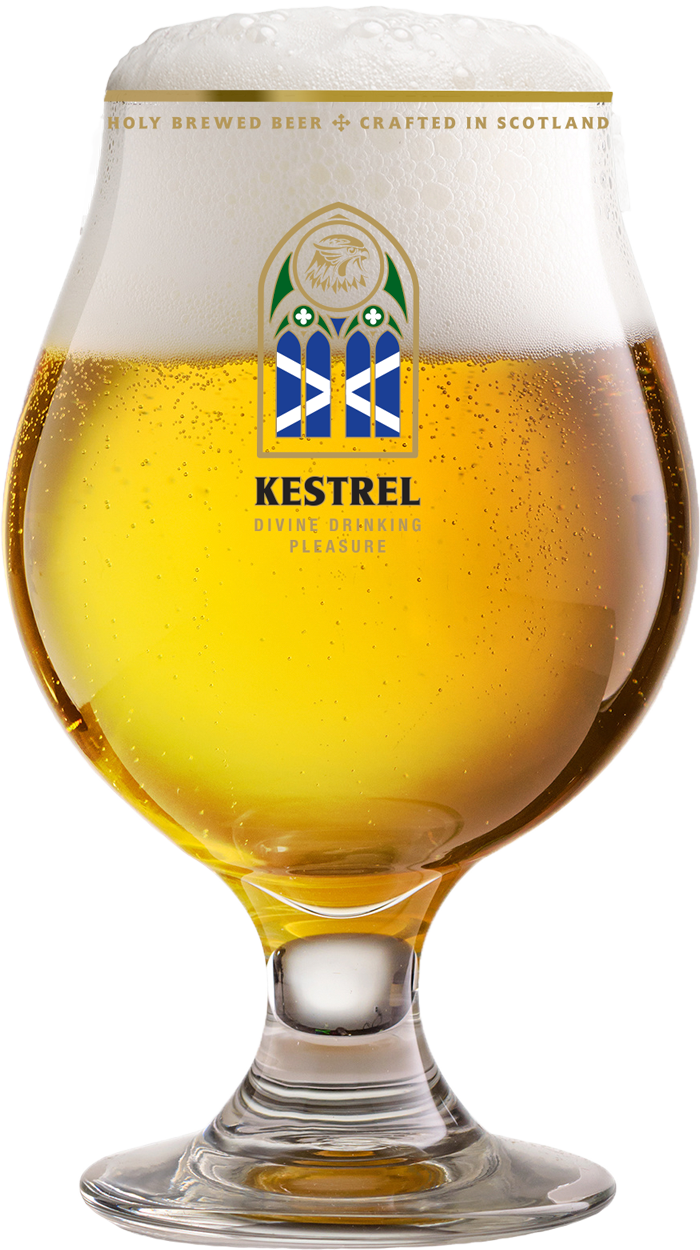 This historic area of Glasgow is strongly associated with the city’s patron saint, St Mungo, a 6th Century Christian missionary who is celebrated for establishing and expanding the city during this period. Four miracles he performed in his lifetime are incorporated into Glasgow’s coat of arms.

The Kestrel brand is very proud of its Scottish heritage which is bound up with the history of the brewery and its surroundings. Kestrel uses the best ingredients, including  Scottish barley and water from a nearby source. This gives a consistency of beer quality every time whilst contributing to the economy of the local community.